(And indeed it looks like he thought about putting it on his staff and decided against it, in favour of the moustache.)

The identification of the potion literally said it must be used on an item the user wears on him, "like a ring". So I don't think the staff, which is a weapon, would even ever have been an option. The mustache though, as I said in another thread, will be bad-ass when it lights up!
Top

Posts: 7270
UStream Username: WearsHats
Location: Third star to the left, and straight on until midafternoon.

WearsHats
Profile
Joined: Mon Feb 25, 2013 11:35 am
UStream Username: WearsHats
Location: Third star to the left, and straight on until midafternoon.

It says it's intended to be used on a wearable item. But it can be used on any object and will work as long as he's in physical contact with it.
Mostly offline/inactive due to chronic health issues. PM me if you really need attention.

"(Asks), why do you want to shoot all of my favorite animals out of guns?" - JibJib

► Show Spoiler
The Oatmeal's comics on proper grammar, including how to use an apostrophe and some commonly confused/misspelled words

The nerdiest official college cheer you will ever hear real cheerleaders perform at an actual sporting event.
Top 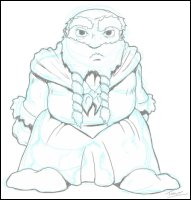 I know this is old, but Fumbles got the levitation potion with his staff. It was dangling from the staff when he first picked it up.